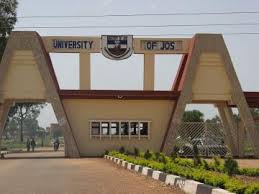 The University of Jos has won $8 million World Bank grant which is to be used for the establishment of African Centre for Excellence.

The feat was achieved following screening from different organizations and at different stages about 52 participating institutions in Africa, 28 Universities from Nigeria took part.

The Vice Chancellor of University of Jos, Prof. Hayward Mafuyai disclosed this while briefing Journalists at the Senate Chambers of the institution on Friday, saying the centre would be known as Afrcan Centre of Execellence on Phytomedicine.

He said University of Jos also came top at the recently concluded Second National Education Innovation Exhibition organized by the Federal Ministry of Education, following exhibition of products by Phytomedicine Research Group and other departments from the institution.