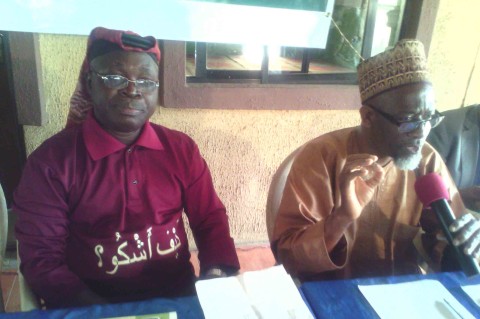 LAGOS, NIGERIA (AFRICAN EXAMINER) – A Non-Governmental organization, the Muslim Rights Concern (MURIC) has commended the Court of Appeal ruling on the use of Hijab in Lagos, saying it has restored hope in the judiciary as the last hope of the common man.

MURIC which noted that the five judges who gave the unanimous ruling Thursday in Lagos Division of the Appeallate Court deserved more accolades, as well as proved beyond any reasonable doubt, that they were principled men of the bench.“It is the victory of the rule of law. Truth has prevailed over falsehood” the group declared.

In a statement issued by the association’s Director Professor Ishaq Akintola, MURIC observed the fact that the judgment was unanimous and only two of the five judges were Muslims “leaves a firm stamp of authority on the legality of the use of hijab not only by female Muslim students but also by all Muslim women in the country”.

The group warned officials in public and private institutions who are in the habit of intimidating and stigmatizing Muslim women in hijab to desist forthwith.

“We laud Muslim students and Islamic organizations in Lagos State who have demonstrated patience and tolerance in the face of provocations since the unfavourable court judgment of 2013. Unlike their counterparts in the Christian Association of Nigeria (CAN) Osun State chapter who took the law into their hands when the judgment on the hijab case was unfavourable to them, Lagos Muslims showed maturity and respect for the rule of law.

“Nigerians have important lessons to learn in the two cases. One, that litigants should remain patient when a lower court makes a pronouncement as there is opportunity to approach an appellate court. Two, that democracy can only thrive where we respect the rule of law. A situation whereby litigants go berserk over a court’s pronouncement can only breed anarchy.

“Three, that Muslims are often branded extremists by those who deprive them of their Allah-given fundamental human rights in order to perpetuate the oppression and persecution of Muslims. Whereas opponents had been calling Lagos Muslims ‘terrorists’, ‘extremist’, etc on account of their demanding the right to use hijab, the Appeal Court judgment has now confirmed that the Muslims were doing the right thing.

“Four, that the faith of our politicians and leaders does not matter. What matters is that every leader must be prepared to do the right thing no matter whose ox is gored. Five, Nigerians have been offered case studies in religious tolerance on a platter of gold. The searchlight for religious extremists and fanatics should be turned away from South West Muslims and focused where it properly belongs” the group stated.

The nature of truth is to eventually prevail over falsehood no matter how long. This is the sixth lesson.

Citing quranic quotation, MURIC called on Nigerians to exercise patience whenever they feel cheated; avoid resorting to violence, and appealed to Muslims throughout the country to remain calm, law abiding and watchful.