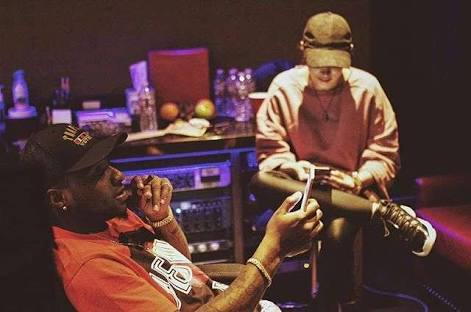 The confirmation was made on her official news twitter handle – Tinashe Direct.

The incoming collabo appears to be the highpoint of picture sharing between Davido and his counterpart in the studio, in May 2016. The picure as featured on Davido’s Instagram account also featured the Rae Sremmurd brothers.