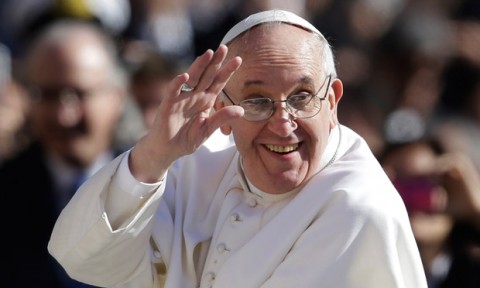 (AFRICAN EXAMINER) – Pope Francis has denied the Thursday’s story that reported him as saying “Hell Does Not Exist.”

In an alleged interview for Italian journal La Repubblica, the pope told atheist journalist Eugenio Scalfari that bad souls “are not punished” and that “There is no hell, there is the disappearance of sinful souls.”

The story, which would have fundamentally changed the foundations of one of the oldest institution in the world, was picked up by The Drudge Report and a number of high-profile publications, including Newsweek. But the Vatican says the story was fabricated.

The pope did meet with Scalfari, but he did not grant him an interview, said Vatican spokesperson Thomas Rosica.

The Vatican called the article, “the fruit of his reconstruction,” and “No quotes of the aforementioned article should therefore be considered as a faithful transcription of the Holy Father’s words,” according to a statement received by the National Catholic Reporter.

The pope did take a private audience with Scalfari, who at 93 is mostly retired, the Vatican said.

But the pair only exchanged Easter greetings and the conversation was friendly in nature, not an interview.