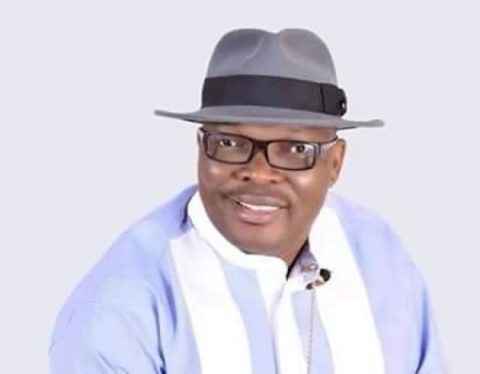 (AFRICAN EXAMINER) – The Bayelsa State Government has expressed its desire to increase the number of ‎sporting and other related activities aimed at constantly engaging youths of the state, the Commissioner for Information and Orientation, Daniel Iworiso-Markson has said.

According to him, the reason is to make the youths more productive and give them the opportunity to showcase their talents as well as turn their attention away from societal vices that can impair their future.

Iworiso-Markson echoed this at the weekend in Yenagoa during the finals of the first Governor Henry Seriake Dickson Secondary School Volleyball competition‎ for male and female.

He said the government takes pride to see her youths excel in major events and sighted the case of Saint Judes Girls Secondary School, Amarata who for over four years have emerged back-to-back champions in ‎the Milo Basketball championship.

Assuring the winners of the Volleyball tournament of government’s readiness to sponsor them ‎for external competitions, the Commissioner declared that because of the success of the maiden edition, the Governor Henry Seriake Dickson volleyball competition‎ will hencforth become an annual event.

He said “Next year will be bigger and better than this year. We will expand the competition and it will be better organized. The whole essence is to give young people the opportunity to display their talents and discover their potentials.

“Let me use this opportunity to congratulate the winners but announce to you that you are all winners. I am very excited watching all of you today. It gives us the hope that our young people are really talented and if engaged meaningfully will fly high.

“We have been doing remarkably well in basketball and we hope same for Volleyball. We will support you to go outside the state to win laurels for us and make us proud. This state is blessed with abundant talents in arts, music, sports and so on”.

Iworiso-Markson thanked Governor Dickson for believing in the youths of the state and for given them the opportunity like never before to rule their world in various endevours, assuring that the investment in them will not be a waste.

A total of 16 schools from different local government areas of the state took part‎ in the one week competition with Community Secondary School Swali defeating New Total Child Academy in straight sets (25-18) (25-20) (25-14) to become the winners in the male category.

Highlight of the event was the presentation of trophies and medals to the winning and best behaved teams as well as Governor Dickson and Iworiso-Markson who was the sponsor of the competition.