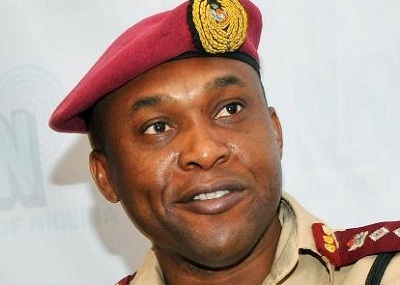 The Federal Road Safety Commission (FRSC) has said plans have been concluded for the publication of states’ rating on road safety management as part of measures to instigate improved investment and engagement of states in the country, in road safety matters. 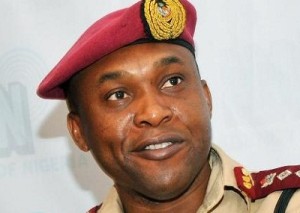 The Corps Marshal and Chief Executive of the Federal Road Safety Corps, Osita Chidoka, in a press statement made available to africanexaminer.com signed by Corps Public Education Officer, Corps Commander Jonas Agwu, said the Corps’ Operation Zero Tolerance activities in all the states of the Federation is still going on simultaneously with the monitoring of road crash pattern in various states during and after the yuletide but we will soon publish the states’ rating in this direction.

Chidoka also said the rating which is being handled by a constituted committee, will make public, the performance of the various states on road safety management to stimulate public consciousness and improved investment on road safety matters at the state level.

In comparison with 2012, the FRSC boss said the 2013 exercise has so far, witnessed a downward trend in road crashes and injured persons with attendant increase in number of road crash victims who were rescued alive without injuries.

He attributed this to the numerous initiatives by the FRSC which ensured prompt response to road crashes such as massive deployment of personnel, ambulances, tow trucks, patrol vehicles and bikes in addition to the toll-free emergency line 122 which enhanced the Corps’ interface with the motoring public, in the event of a road crash.

Giving an insight to the Corps’ projection for 2014, the Corps Marshal recalled that 2013 has witnessed the introduction of the new number plate, driver’s license, E-ticketing, building a data base on fleet operators and total transition from analogue to application of digital process in traffic management but 2014 will provide the FRSC with a definite projection for enlightenment, traffic engineering and enforcement.

The Corps Marshal and Chief Executive of the Federal Road Safety Corps, Osita Chidoka, therefore urged motorists to adhere strictly to traffic rules and regulations as “the Corps is now primed to restore sanity on Nigerian roads through holistic application of its digital infrastructures to ensure safer road use in the country”, he added.

It will be recalled that the National Economic Council had earlier directed for annual rating of various states of the Federation on road safety management, pursuant to on-going drive to achieve the United Nations decade of action for road safety 2011-2020 and the Accra declaration on road safety in 2015 which seeks a 50% reduction in road traffic crashes and injuries.