Why Okorocha Suspended His Female Commissioner

Facts have emerged on why the Imo state Governor, Rochas Okorocha suspended his commissioner for Women Affairs and social Development, Mrs. Nma Onyechere 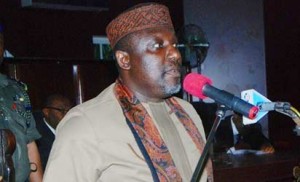 African Examiner reliably gathered that the former female commissioner was shown the exit door by the Governor for physically assaulting a male serving Commissioner in the Local Government Service Commission, Chief Emeka Okoronkwo.

A  source close to the state government who spoke to our correspondent under condition of anonymity said that “Okorocha’s administration does not tolerate indiscipline, and that is why his Excellency had to suspend the commissioner with immediate effect”

“The Governor received a complaint that the suspended Commissioner physically assaulted a serving Commissioner in the Local Government Service Commission, Chief Emeka Okoronkwo.

“The reported incident brought bad image to the administration and the Governor strongly felt that such a public figure of the rank of a Commissioner should learn to properly manage her temper very well, no matter the level of provocation”, the source added.