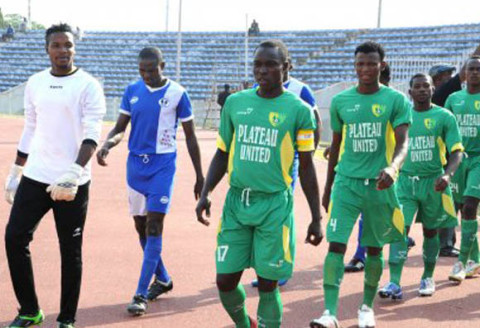 The Management of Nigerian National League side, Plateau United Football Club of Jos said it sacked nine players of the team due to aging and low productivity. 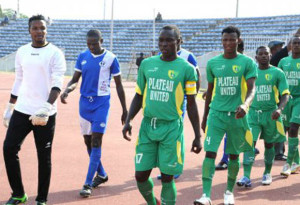 This was disclosed in a press statement signed by the club’s Media Officer, Albert Dakup, and made available to African Examiner in Jos on Wednesday.

The statement reads, “Contrary to reports that nine players were dropped without the Technical Adviser’s input, the General Manager of the Club Bitrus Bewarang, who also doubles as the Technical Director merely exercised his right base on the powers conferred on him to sanction them as a result of age and low productivity.

The statement further said, “It is in the opinion of the General Manager that such players who have advanced in age should pave way for younger ones who are the future of football globally.

The statement denied media reports that the Technical Adviser of the team, Christoper Danjuma is to be replaced, saying “The position of Christoper Danjuma as the Technical Adviser is very much safe as he has been assured of his job by the General Manager, who also debunked rumours that the team has already negotiated with the coach of a rival team in Jos.

It stressed that such reports are calculated attempts by detractors of the club to derail it or the coming season.

On its promotion move to the Nigerian Premier League, which created serious disagreement in the National League, due to the suspicious withdrawal of Zamfara United, which led to the deduction of 6 points from Plateau United, the statement said, “No club has been promoted yet until the investigative panel set up by the Nigerian Football Federation to unravel the purported withdrawal of Zamfara

Stressing that, “Zamfara United FC were said to be induced by other clubs from the league, in order to enhance their promotion.

It further explained that “If not for the suspicious withdrawal of Zamfara United, which led to the deduction of 6points from Plateau United points haul, the team would topped the table and qualified for the Premier League”. It further explained.

The management appeals to the club’s supporters to remain calm and wait for the outcome of the investigative panel, saying, “Plateau United is optimistic that justice will prevail.”