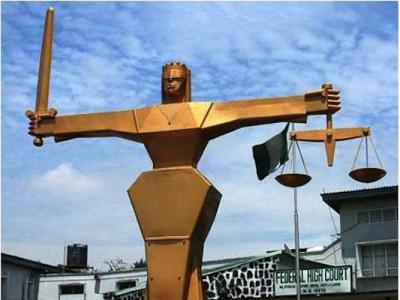 A Lagos High Court,sitting in Ikeja has  on Wednesday reserved its Judgement in the murder trial of Akolade Arowolo who allegedly killed his banker wife, Titilayo in 2011. 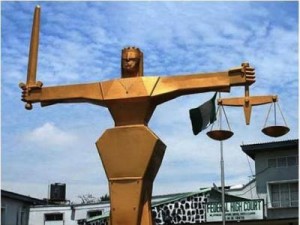 Trial judge, Justice Lateefat Okunnu ruled   that a date for judgment will be communicated to parties in the matter following their submission of final written addresses before the judge.

In his final address, Counsel to the defendant, Mr. Olanrewaju Ajanaku submitted that there was no substantive evidence linking the defendant to the murder of his wife.

Ajanaku added that since none of the prosecution witnesses were at the scene of the alleged fight between the couple, their testimonies were mere hearsay.

He further argued that it would be improper for the court to convict his client based on the evidence provided by persons who were not present at the scene of the incident.

He urged the court to discharge his client since none of the prosecution witnesses was able to directly link the defendant to the murder of Titi.

However, the Director of Public Prosecution,  Mrs Olabisi Ogungbesan countered Ajanaku’s submission saying that the prosecution had provided enough evidence for the court to convict the defendant.

According to Ogungbesan the evidence provided by prosecution showed that the defendant was the only person present with the deceased, who forensic analysis proved was killed by multiple knife stabs.

She further noted that the defendant was seen with blood stains on his car by the police moments after the alleged fight with his late wife.

Ogungbesan also submitted that Arowolo’s act was intentional since he allegedly stabbed the wife more than 76 times.

She urged the court to convict the defendant as charged. The trial of Arowolo lasted more than 23 months.

He was arraigned on 21 December 2011, on a one-count charge of murder.  He pleaded not guilty to the charge.

The accused, was thereafter, remanded in Ikoyi Prisons. The Lagos State Directorate of Public Prosecutions (DPP), alleged that the accused murdered Titilayo on 24 June, 2011 in their residence at 8 Akindeinde Street, Isolo, Lagos.

The prosecution, led by Ogungbesan closed its case against the accused on 19th November, 2012 after calling 12 witnesses.

The deceased relatives, including her father, George Oyakhire and her step-mother, Adetoun, had testified that the marriage was characterised by domestic violence.

Another witness, Professor John Obafunwa, a Consultant Pathologist and Chief Medical Examiner of Lagos State, who carried out autopsy on the deceased had also testified that Titilayo was stabbed 76 times.

However, Arowolo, who testified before the court on 22nd May blamed his in-laws for the trouble in his marriage.

He denied the allegation that he murdered his wife.

Arowolo claimed that Titilayo died after accidentally falling on a knife she was using to stab him during a quarrel between them.