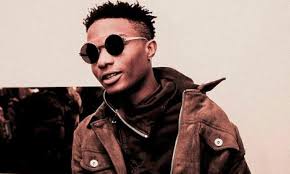 The award winning Nigerian singer submitted that the offensive conduct was totally in contradiction to international artistes.

Wizkid whose original name is Ayo Balogun made this reaction while on a tour in Uganda. He complained that preferential treatment by organizers was the main reason he does not honour such awards.

“I don’t go for African awards because they give awards offstage. To elevate ourselves and get recognition worldwide, Nigerian artistes need to stop taking nonsense from anyone that’s trying to give us shows or awards backstage.

“I don’t take nonsense from anyone that tries to look down on Africans or African entertainment. If you’re not going to show us same love you show international artistes on stage don’t show us no love. “We don’t want it, we have our people’s support” Whizkid fumed.

The international award winner insisted that the local awards would not be recognized like Grammys until the organizers are impartial to both local and international artistes.