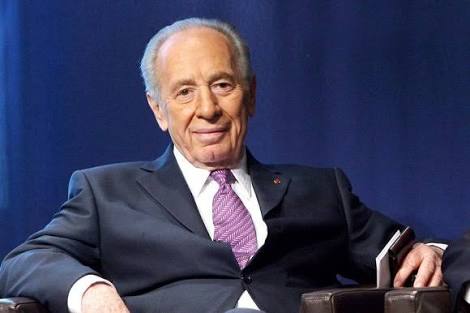 BALTIMORE, MD (AFRICAN EXAMINER) – World leaders Friday hailed the vision of the late Israeli leader, Mr. Shimon Peres, as he was buried three days after he died at the age of 93.
The leaders one after the other again poured accolades on the late Prime Minister and Israeli’s President at the burial.

Israeli Prime Minister Benjamin Netanyahu led the pack as he described the late leader as “a great man of the world”.

In an emotional address, Mr. Netanyahu said while Israel and the world grieved over Peres, there was hope in his legacy.

“Shimon lived a life of purpose; He soared to incredible heights. He swept so many with his vision and his hope. He was a great man of Israel.

“He was a great man of the world”, Netanyahu told thousands of participants who gathered at Jerusalem’s Mount Herzl cemetery.

US President Barack Obama said the Palestinian leader Mahmoud Abbas presence at the funeral was a reminder of the “unfinished business of peace”.
Security was beefed up ahead of the ceremony and several people were arrested.

Before the ceremony began, Mr. Abbas was seen shaking hands and speaking briefly with Mr. Netanyahu. The last public function the two leaders met was in 2010, with peace efforts completely suspended since April 2014.

However, Hamas a prominent and hardline Palestinian group has expressed reservation on Mr. Abbas’s decision to attend the ceremony.

Jordan and Egypt – which are the only two Arab countries to have signed peace deals with Israel sent official representatives to the ceremony.

It would be recalled Mr. Abbas alongside Mr. Peres, was one of the Leaders who signed the Oslo peace accords in 1993, in the presence of Yasser Arafat and Yitzhak Rabin.

The three – Peres, Rabin and Arafat who are now late were recipients of the Noble Peace Prize in 1994 on “their efforts to create peace in the Middle East”.