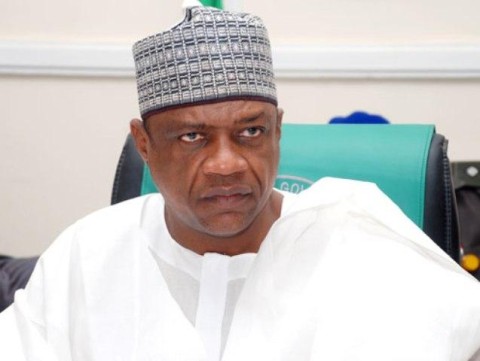 Governor Ibrahim Gaidam has blasted the Chairman of the Independent National Electoral Commission (INEC), Professor Attahiru Jega over his comment that election might not hold in states currently under emergency rule.

In a statement made available to African Examiner and signed by the Governor’s Special Adviser on Press Affairs and Information Abdullahi Bego, the Governor disagreed with the INEC boss expressing the hope that before 2015 election insurgency in the area might have been eradicated. 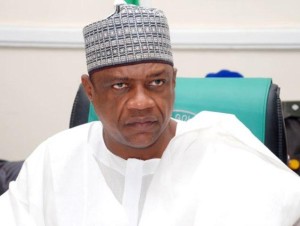 “First, the State of Emergency in Yobe, Borno and Adamawa states, renewed for additional six months last November, is due to expire in April, 2014. By INEC’s own estimation, the 2015 general elections will hold in January-February 2015. That’s at least eight months after the current State of Emergency would have lapsed. Is the INEC National Chairman therefore predicting that the Emergency situation will extend indefinitely?

“Second, the federal government has told Nigerians that the Emergency Rule was extended by six months to enable security agents on the ground finish the work of routing out Boko Haram insurgents. With a lot of caveats about the efficacy of the extension, the Yobe State Government had called for massive deployment of advanced military and communications hardware to ensure the total and irreversible defeat of criminals and insurgents within the Emergency Rule time-frame. Is there thinking now that, two months into the extension, the entire effort will not be a success?

“Significantly, we are concerned about how widely held this pessimistic view is at the federal level.

“Third, does the INEC Chairman not think that criminals and insurgents, who are bent on disrupting life as we know it, would entertain a feeling of triumphalism for all the despicable and barbarous acts they have been committing against innocent people and the Nigerian nation?

“While the answers to these posers are obvious, the Yobe State Government believes strongly that there is no reason not to conduct election in the state or in Adamawa and Borno States.

“The Yobe State Government also believes that there is no reason why Boko Haram terrorists would not be routed, their activities stopped and peace and stability restored within the remaining months of the current Emergency Rule.

“Professor Jega has also spoken about the local government election due to take place in Yobe on December 28th 2013; with the news media quoting him as ‘insisting’ that the election should not go ahead.

“For the avoidance of doubt, the Yobe local government election will go ahead as scheduled. The people at the grassroots level have yearned for this for long and the state government is determined to give the people the opportunity to exercise their right to vote and to elect their leaders.

“The State Independent Electoral Commission has made and completed all the necessary arrangements for the election. With the support of the people and the help of the Almighty God, the election will be a success.

“Finally, the Yobe State Government is of the opinion that given the necessary federal support, logistics and equipment capable of making our armed forces more stealth, agile and lethal in their capacity to fight the insurgency, the Boko Haram problem can and should be fully addressed within the remaining months of the current Emergency Rule.