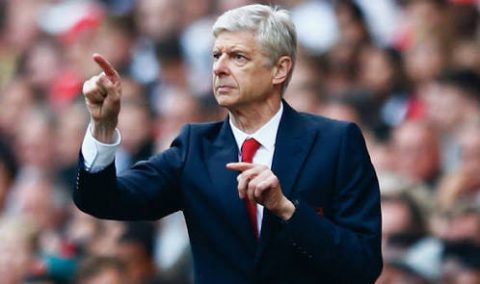 An investigation conducted by Daily Telegraph alleged that 61-year-old Allardyce, used his role to negotiate a 400,000 pounds deal and also offered advice on how to “get around” rules on player transfers.

Wenger’s advocacy might not be unconnected with Allardyce’s silence ever since, the public was made public. The English Manager is due to meet with Football Association FA Chairman Greg Clarke and Chief Executive Martin Glenn on Tuesday.

“You have to let Sam Allardyce defend himself and I just hope he will clear his name,” Wenger insisted.

Former Arsenal and England Striker Ian Wright said it would be a “terrible shame” for Allardyce to lose his job for “non-footballing reasons”.

“When you look at Sam and his career, he was never ever going to get the opportunity to manage a top-four club” Wright declared in an interview.

The investigation further alleged that a deal worth 400,000 pounds was struck with the England boss to represent the company to Far East investors and to be a keynote speaker at events.

Allardyce who is set to name his second squad Sunday, ahead of the World Cup qualifier against Malta on 8 October, has indicated that any arrangement would have to be cleared by the FA.