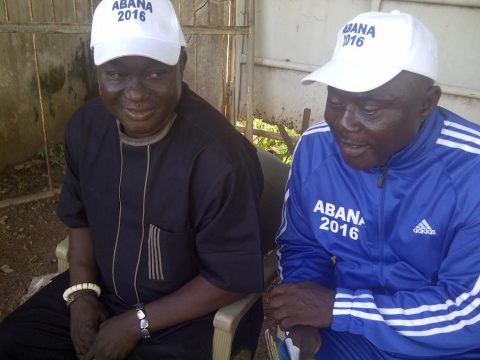 ENUGU NIGERIA, 4-9-2016, (AFRICAN EXAMINER) – An Enugu based soccer enthusiast, Chief Anene Aniwene, has stressed the need for Nigeria’s sports handlers, especially the round leader game, football, to go back to the basis, (school sports),as it remains the only panacea for the nation’s continued abysmal performance in global sports fiestas.

He insisted that it is only by embracing grass root sports which use to be the bedrock of Nigeria’s sports development in the 70s and 80s that the nation could regain her lost glory in various sports, including football.

Chief Aniwene, stated this over the weekend in Enugu while speaking with sports writers, during the opening ceremony of the 2016 Awkunanaw community, Enugu South council Area of Enugu state football fiesta, tagged “Abana 2016” being sponsored by the latter.

He said he decided to initiate the annual grass root soccer competition among the eight communities of Awkunanaw, as a way of fostering unity in the area, as well as fish out hidden talents and exposed them to big club’s as Rangers international FC of Enugu.

According to Chief Aniwene, “it is part of my modest contribution to my community and society, because this event would go a long way in keeping our youths busy so as not to engage in any form of crime, because like the say goes, an idle mind is the devils workshop”

The philanthropist, who identified sports as a veritable unifying factor in the country, harp on the need for well to do Nigerians to imbibe the culture of engaging the youths in sporting activities, especially “in this period of youth restivness in parts of Nigeria.

He however, called on corporate organisations operating in Enugu state and country in general, to start showing interest in sports development and promotion, via sponsorship of  tournaments as part of their corporate social responsibilities.

He disclosed that the overall winner of this year’s competition will smile home with the sum of 100, 000 (one hundred thousand naira), while the runners up, (2nd position) will pocket 50, 000 (fifty thousand), adding that the final match will take place at the main bowl of the Nnamdi Azikiwe  stadium, come 22nd October 2016.