AFCON 2019: No Prince, No Party: Boateng Mocks Ghana Over Elimination 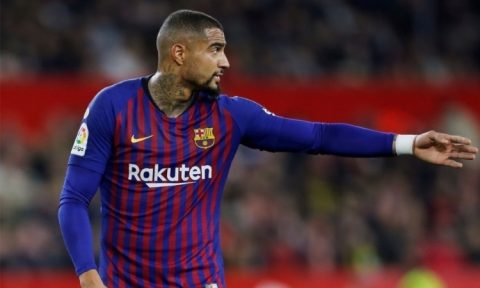 Ghanaian football player Kevin-Prince Boateng has taken a jab at the Black Stars following their exit from the Africa Cup of Nations (Afcon) in Egypt on Monday.

The West Africans’ hopes of ending a 37-year trophy drought ended following a 5-4 penalty shootout defeat against Tunisia in the Round of 16, the match having ended 1-1 after extra-time.

Boateng hasn’t returned to the Black Stars squad after his behaviour was called into question at the 2014 Fifa World Cup in Brazil. The German-born player, who spent the second part of last season on loan at Barcelona, was snubbed for Afcon after indicating an interest to return to the national team.

Ahead of the Egypt gathering, Ghana Football Association Normalisation Committee chairman Kofi Amoah revealed Boateng, together with Sulley Muntari, who was also suspended during the controversial World Cup campaign, had expressed interest to be considered for the competition but was snubbed by the coaching crew.