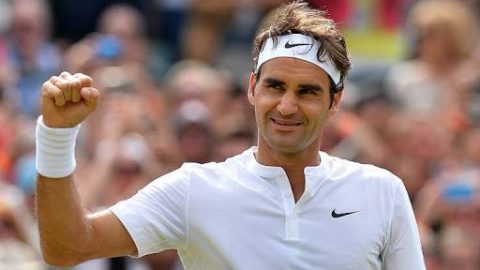 BALTIMORE, MD (AFRICAN EXAMINER) – Injured Roger Federer is hoping he
will be fit and compete in the 2017 Australian Open, after being out
of action in the last half of his 2016 season.

The 35 years-old Grand Slam champion has
missed action since late July. His
last match was a Wimbledon semi-final which he lost to Milos Raonic.

Federer, a 17-time Grand Slam winner had experienced a surgery in February
before a back complication took him out of the French Open.

“I never thought I’d have a year like this. I’velearned a lot from this year,” Federer said.

The Swiss Grand Slam winner who missed the just concluded Rio 2016 Olympics will also not be in action for the sixth US Open title tournament which begins on 29th August.

“It’s painful being here in New York, and it was painful during the Olympics because I love competing. But you can’t have it all.

“It was a tough decision to say the least – going out of Rio, the US Open, the (season ending)

World Tour Finals. But in some ways it ended up being a simple decision. Health is my number one thing” Federer further lamented.