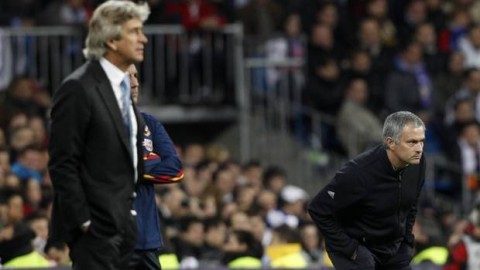 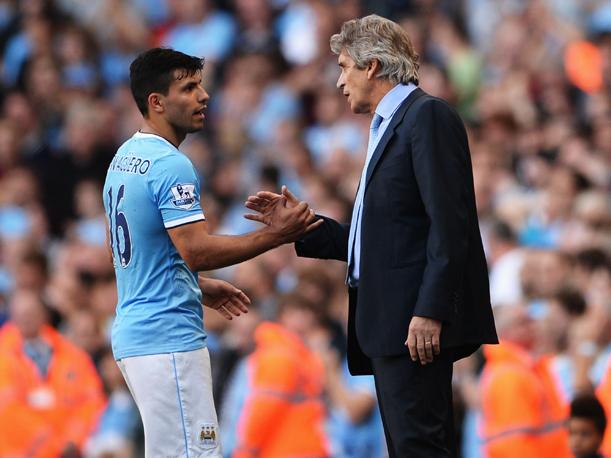 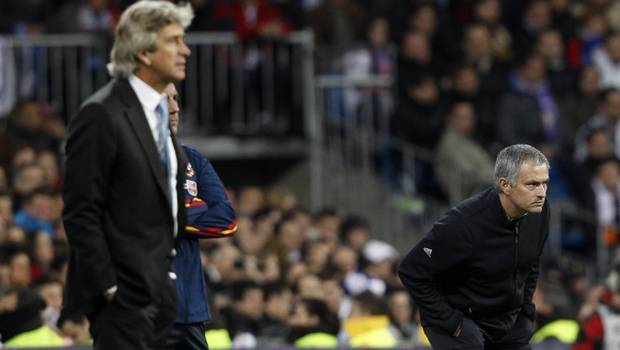 The Stamford Bridge boss is cock-a-hoop over the goal-packed impact Diego Costa has made since his £32million arrival from Atletico Madrid.

Seven goals in four games have blasted Mourinho’s men to the top of the Premier League and installed them as favourites to be crowned champions.

But Manchester City boss Pellegrini insists Aguero possesses the firepower to win titles. And the Chilean coach also believes there is more to come, saying his Argentine hitman has not reached the peak of his powers.

Aguero, who was magnificent at the start of City’s title charge last season, has hit the back of the net three times in his four games this term.

But the signs are there that he is ready to overshadow Costa at The Etihad on Sunday.

Dogged by injuries in the big title run-in, the lethal striker has been nursed back to fitness after his summer in Brazil – and is now fighting fit.

Pellegrini added: ­”We worked with him for at least a month after he arrived back from the World Cup on August 4th until September.

“He is only 26 years old and he can continue improving.”

But Pellegrini knows stopping Chelsea won’t be easy and added: “They have characteristics that we must be very worried about.”