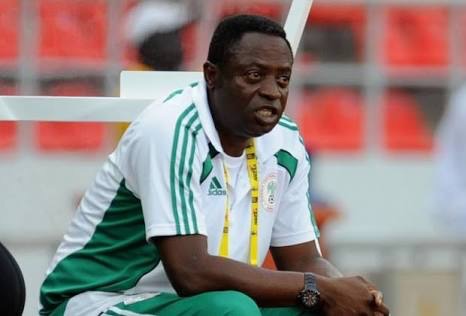 Another former Super Eagles Coach, Amodu Shuaibu is dead. He was 58 years old.

This is coming barely 3 days after an ex-coach of the Eagles Stephen Keshi died suddenly in his home in Benin city, Nigeria.

Until his death, Amodu Shuaibu was the Technical Director of Nigeria Football Federation, NFF, appointed in May 2013.

A family member who confirmed the death said he complained of chest pain Friday night before going to bed and reportedly died in his sleep. He is said to have died of hypertension.

Shuaibu first managed Super Eagles from April 2001 to February 2002. He was re-appointed manager in April 2008.

Again, he was re-appointed Nigeria manager in October 2014, replacing Stephen Keshi and was later also appointed this year to replace Sunday Oliseh after his brief and unsuccessful spell as Super Eagles coach.