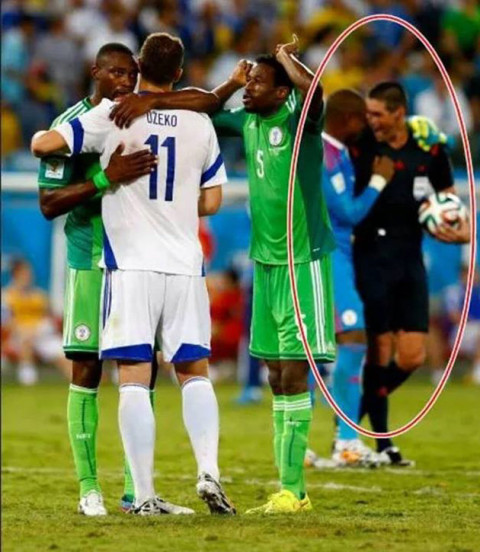 Over 20,000 Bosnian fans have signed a petition asking FIFA to remove referee Peter O’ Leary from the World Cup after a picture of the New Zealand official appeared to show him celebrating with Super Eagles goalkeeper Vincent Enyeama in their 0-1 loss to the African champions on Saturday.

Bosnia went out of their first World Cup with a sense of injustice and the photo has increased the anger. 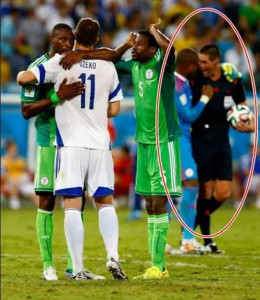 Some fans think he intentionally ignored what seemed to be a foul on Emir Spahic in the build-up to Peter Odemwingie’s winning goal, which saw Bosnia exit the tournament.

Bosnians have now set up an online petition asking O’Leary to be fired and it already has over 23,000 signatures.

Apart from the call for O’Leary’s removal from the rest of the World Cup, the Bosnian fans also want the result to be changed to 1-1, meaning they are still in the tournament.

After the game, Manchester City striker Dzeko slammed the referee’s performance as “shameful”.

He said: “We should have won the game. But the referee was shameful.

“He changed the game. That’s why we lost. It was obviously a foul on our captain and before, when I scored the goal, it was never offside.”