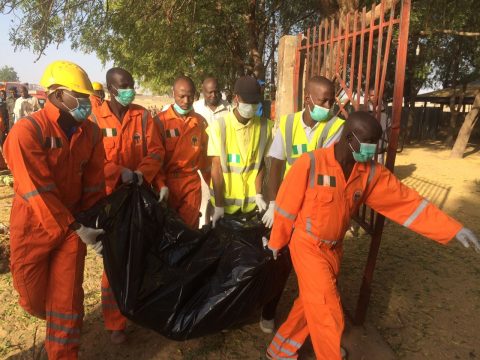 (AFRICAN EXAMINER) – A  bomb has exploded in the early hours of Tuesday at Dalori quarters, in Maiduguri, Borno State, North- East Nigeria.

Sani said: “there was  a reported case  of explosions at Dalori quarters, our Search and Rescue officers are already on their way to the scene, details later.

Recalled that the affected area and environs had been under serious attack by members of the deadly Boko Haram insurgent, who have sent millions of innocent citizens to their untimely graves.

Those who lost their lives includes, a civilian joint Task force JTF member and a male suicide bomber.

According to Sani, “the incident occurred at round 5: 20 Tuesday morning 31/1/2017. Their bodies have been evacuated to Specialists Hospital Maiduguri.