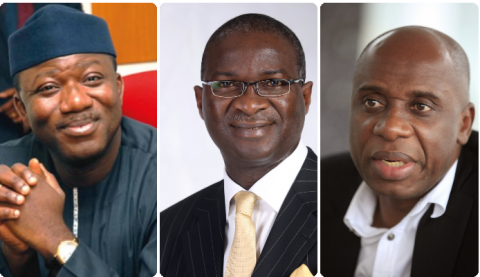 This decision of the president of Nigeria coincides with his “change” slogan and when the nation‘s resources are dwindling. When Jonathan was president oil sold for $120 United States dollar whereas it’s current market price is hovering around $48 whilst the production price of the same commodity per barrel remains close to $50. Nigeria is facing a challenge of actual losses from its oil industry, with or without its controversial subsidy. The President has several alternatives in all his appointments especially when the revenue is also a challenge. The Nigeria constitution makes it mandatory for each of the 36 States to be represented by at least a minister in the Federal cabinet. Our lawyers should also explain if the FCT Abuja has a status to produce a state minister in the spirit of the constitution. The first alternative for the president is cutting his cloth according to the amount of clothing. The other alternative is appointing as many ministers as can increase the internally revenue generation for him. But the president is not an economist nor a usual politician but one who is tagging his success as “number of people out of the poverty line”. The minister’s job is to lift people out of the poverty circle. Other indices could have been used to measure success like fixing infrastructure, building the failing institutions (because of boko haram the armed forces are being fixed for the wrong reasons), ensuring the democratic culture is deepened, building on general vulue system, increasing the revenue base, etc.

Perhaps we need to remind both the president and his ministers that Nigeria society is passing through a period we are describing as disconnected, producing lost generations of youths, lack of adequate moral value system. The indices of the period are unemployment, insurgency, disconnect education and work place expectations, poor infrastructure and broken down institutions, low pay

even for those working, lack of a force to create a common sense for national unity. Hence whilst all hands should have been busy working to fix so much in such a limited time there should be no bench warming ministers. Nigeria should not be conformable to hire ministers who will not get paid either. Our priorities are good governance, fixing everything broken, bringing novel ingenuity to administration. Nigerians are looking for the brightest and the best to govern them not those who wouldn’t take a pay and may not work. It would be better they resign and give room to those who can be proud of their work and it’s take home pay.

Hence as these ministers resume office, with or without portfolio, there is a need to re educate them both on our expectations and the prevailing Nigeria challenges. We shall give just a few examples here for their immediate attention. The current oil scarcity in Nigeria is caused by poor politics, bad economic management, lack of adequate oil processing facilities, couple with no clear political agenda on whether Nigerians want to run a welfare state or capitalism. Officially the price is N87 Naira a litter with a mile queue where this is available, whereas at N100 the queues are less long; This is in addition to the controversial subsidy after a whole day trying to buy a few litters. The second example is food security in the land in the face of population explosion; different from using agriculture sector for employment and economic generation. Nigeria is actually battling food security rather than food exportation currently. We think Nigeria has close to 180 million inhabitants right by projection, and half of that number of same Nigerians living outside the Nigeria borders. They are also Nigerians in their own rights. The question of food security is not importation of heavy farm equipment but truly engaging the local farmers and maintaining a standard record keeping mechanism plus research for continuous improvement. Other examples of failing institutions, dilapidation or none existing infrastructure, insecurity and community policing, the population running ahead of the amount of energy generated, and more, are common continuing problems for these incoming ministers. There is job to be done and 36 ministers (about 1 minister for 5 million people) is just too few. In addition to all these problems is the fact that there is a big disconnection between the expectation of the 1999 Nigeria constitution and the 21st century realities on ground. The states are not equal, their priorities are not the same, their resources are different, the populations and dynamics are different, etc, hence states demands and representations should be different.

Therefore the change slogan of this government will remain only a vote winning slogan and a deceit if it fails to transform Nigeria after 4 years in office. These ministers should be told now. We want reality and not illusion, we want hard work not magic, policy changes not personalities. Hence we can no longer be doing things just as before and expecting any changes. We need some hard work, and some faith on a genuine policy framework. APC must fight its battle to change Nigeria society in the realm of belief, ideas, philosophies, teachings, words, principles, law & punishment and “do as I do“ approach. We fight the battle in our minds and policy change in our attempt to move our nation forward. We are not looking for a less corrupt set of ministers (the former set stole in billions the new ones will be stealing only in millions). We are looking for loyalists, patriotism and people bold enough to own up to their deeds publicly.