CAF Slams Lesotho for Failure to Turn Up Against Flying Eagles, as Nigeria Qualify for Senegal 2015 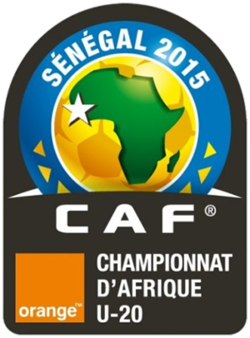 Nigeria has qualified for the final tournament of the Orange African Youth Championship – Senegal 2015, after Lesotho was declared losers for failure to show up for the third round first leg clash scheduled for Saturday, 16 August 2014 in Kaduna.

CAF Secretary General, Hicham El Amrani in a letter addressed to the Lesotho Football Federation said the decision was reached in line with Articles 54 and 55 of the regulations for the competitions, after the officials of match indicated in their reports that the team of Lesotho did not show up at the time fixed for the match.

The referee followed the provisions of article 55 of the regulations of the competition which states “a team which shall not be present on the ground, dressed to play at the time fixed for kick-off or at most 15 minutes later, shall forfeit the match. The referee shall register the absence of the team and shall write it in his report. The final decision in this respect shall be taken by the Organising Committee.”

Article 54 also states “if for any reason whatsoever, a team withdraws from the competition or does not report for a match except for cases of force majeure accepted by the Organizing Committee, or if it refuses to play or leaves the ground before the regular end of the match without the authorization of the referee, it shall be considered to be the loser and shall be eliminated immediately from the competition. The same shall apply for the teams which were declared to be disqualified by decision of CAF.”

“Consequently, Lesotho is considered loser in the said match and eliminated from the competition and Nigeria is qualified to the next round. The second leg match is automatically cancelled,” the letter said.

In relation to other potential sanctions as stipulated in the regulations, the U-20 Organizing Committee will consider the specific case and will decide if any other sanctions are applicable.