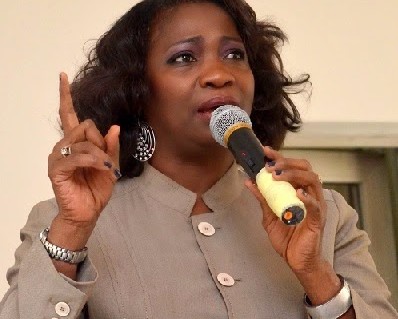 (AFRICAN EXAMINER) – Hon. Abike Dabiri-Erewa, Senior Special Assistant to the President on  Foreign Affairs and Diaspora has described the alleged mass forced return of over 100,000 Nigerian asylum seekers by Cameroonian military as worrisome and disturbing.

In a statement by her Media Assistant, Abdur-Rahman Balogun, she decried the inhuman treatment meted out to Nigerian asylum seekers who were affected by the Boko Haram insurgence in the North East.

Dabiri-Erewa noted with concern that despite the friendly disposition between the two countries, the alleged mass forced return of Nigerians was disturbing and calls for concern.

The Presidential aide said Cameroon should heed the UN’s call on all countries to protect refugees fleeing the carnage in the North East Nigeria and not to return them there.

“This unfriendly attitude of the Cameroonian soldiers to Nigerian asylum seekers is really worrisome.’’, Dabiri-Erewa stressed.

She appealed to ECOWAS as well as other West African regional groups to prevail on Cameroon to be their brothers’ keeper in a situation like this.

The deportations, according to Human Rights Watch, defy the UN refugee agency’s plea not to return anyone to North-East Nigeria until the security and human rights situation has improved considerably.

The 55-page Human Rights report entitled:  “‘They Forced Us Onto Trucks Like Animals’: Cameroon’s Mass Forced Return and Abuse of Nigerian Refugees,”

It will be recalled that Human Rights Watch had interviewed 61 asylum seekers and refugees in Nigeria about the abuses they faced in Cameroon in June and July of 2017.

“They said soldiers had accused them of belonging to Boko Haram, a Nigerian militant group, or of being “Boko Haram wives” while torturing or assaulting them and dozens of others on arrival, during their stay in remote border areas, and during mass deportations’’.

The report stated that their children, weakened after living for months or years without adequate food and medical care in border areas, died during or just after the deportations, and others said children were separated from their parents.

An asylum seeker who was deported from Mora in March 2017, described how without warning, Cameroonian soldiers rounded up 40 asylum seekers “and severely beat us and forced us onto a bus. They beat some of the men so badly, they were heavily bleeding. When we got to the Nigerian border they shouted ‘Go and die in Nigeria.”

Although UNHCR does not have reliable access to most of Cameroon’s border areas with Nigeria, in early June it said its monitoring partners found Cameroon had forcibly returned almost 100,000 Nigerians to their country since January 2015.

Cameroon’s forced returns are a breach of the principle of non-refoulement, which prohibits the forcible return of refugees and asylum seekers to persecution and, under regional standards in Africa, to situations of generalized violence, such as in North-East Nigeria.