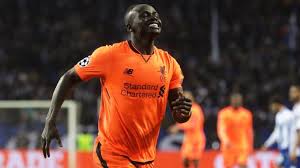 (AFRICAN EXAMINER) – Jürgen Klopp had declared that Liverpool can compete with the best and there was that swagger as they brushed aside Porto to deliver the biggest home defeat in the Portuguese club’s proud history and a devastating Champions League display that spoke of a team believing it can go deep into this competition.

Twenty-four hours after statement performances from Tottenham Hotspur and Manchester City in European away days Liverpool emphatically made theirs.

Sadio Mané was at the heart of it with a hat-trick but Mohamed Salah also scored as did Roberto Firmino.

That triumvirate will give any team a chance and Liverpool are now the top-scorers in the Champions League this season with 28 goals – two ahead of Paris Saint-Germain who have quite a good little attacking trio of their own.

This was Liverpool’s first appearance in the last-16 for nine years and they will at least go one round further.

A quarter-final place is theirs with the return leg of this tie, at Anfield on  March 6, a mere formality.

Handily for Liverpool it comes four days before they play Manchester United in the Premier League.