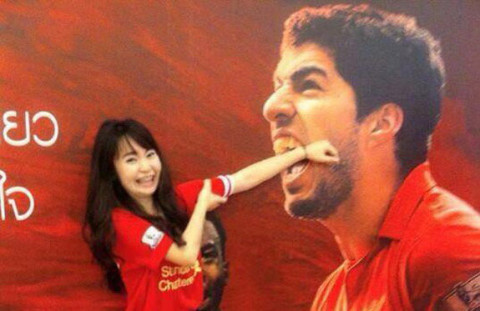 Chinese online stores are couching on Uruguay striker Luis Suarez’s notorious bite of an opponent at the ongoing World Cup by selling bottle openers with his image. 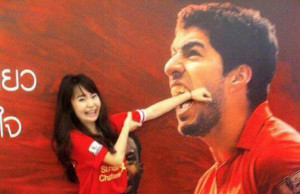 He was also suspended for nine internationals and fined $112 000 for an offence recorded against him for the third time.

The Chinese Daily newspaper reported that the products were commercial success.

“I came up with the idea the night I watched the game and saw the bite,” Wang Lin, who owns an e-shop on Taobao.com revealed to the paper.

“It has been a good sales idea, the only problem being that the manufacturing process cannot keep up with demand,” he added.

The bottle openers are not the first fun response to Suarez’s bite – an online Swedish sex shop has also unveiled a “Suarez nipple clamp” in the form of the footballer’s head, teeth bared, up for sale at $45.

Uruguay have since applied for an appeal against the ban on Suarez who later apologized for his actions.