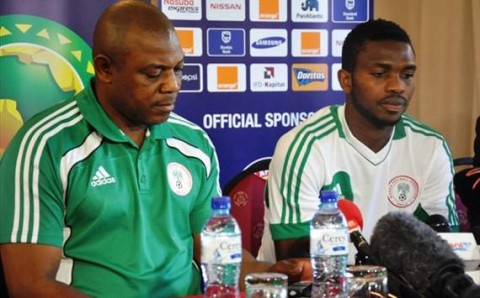 Barely 24 hours after the crash out of the Super Eagles in the ongoing world football tournament in Brazil, head coach, Stephen Keshi has resigned his position in the first nation’s football team. Others who followed suit were the gangling and veteran defender and former captain, Joseph Yobo and goalkeeper Vincent Enyeamah.

Although, Keshi’s resignation is yet to be confirmed by the Nigeria’s football governing body, the Nigerian Football Federation (NFF). Still, football pundits have speculated the announcement was meant to pave the way for the former Super Eagles Captain to jump at the South African lavish offer, most especially that NFF is yet to renew his contract which will terminate at the end of the samba Mundial. The Super Eagles for the first qualified for the round of 16 since 1994 it has been appearing in world cup, but were defeated 0-2 by France yesterday. 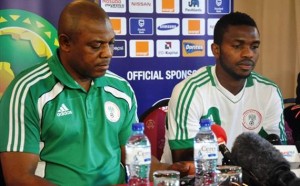 Similarly, it has been speculated that the ‘big boss’ might have dropped letter with regards to his latest decision.

Joseph Yobo has also announced his retirement from active football after 100 caps for the Super Eagles. France got its second goal through an own goal put in by him in a match generally rated relatively impressive.

In the main time, Goalkeeper Eyeamah has been quoted as saying he was still considering whether to continue active football and playing for the Super Eagles. Despite Nigeria loss yesterday, Enyeamah has been unarguably adjudged an outstanding member of the 2014 Samba Super Eagles squad as well as one the best hands in the tournament which has reached knock-out level.