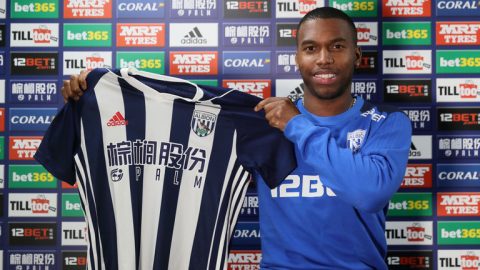 (AFRICAN EXAMINER) – Liverpool striker Daniel Sturridge has joined West Brom on loan for the rest of the season.

Sturridge was linked with Inter Milan and Newcastle in recent weeks but a source has told Sky Sports News he chose West Brom for family reasons.

The 28-year-old England striker will be able to play in the FA Cup as he has not featured for Liverpool in the competition this season.

“I’ve got friends here I’ve played with before, the manager spoke very well, the challenge with the team and the style of play . . . I just felt this was the right fit for me.”