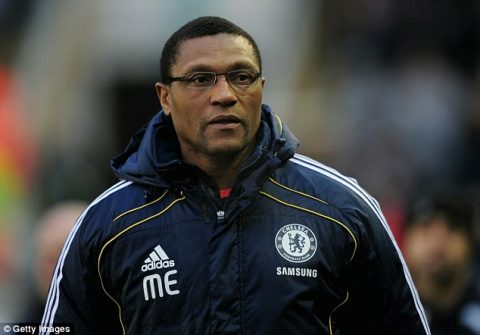 (AFRICAN EXAMINER) – Nigeria’s ex-international Michael Emenalo has resigned from his position as Chelsea technical director, the club has confirmed.

The 52-year-old, one of owner Roman Abramovich’s most trusted advisors, has left Chelsea after 10 years working across the scouting and technical departments amid reports of tensions between head coach Antonio Conte and the club’s hierarchy.

In a statement on Chelsea’s official website, Emenalo said: “This has been a very difficult decision to make, but one I believe is right for both myself and my family, and the club.

“I have had the privilege to work alongside some of the most talented people in the world of sport over the past 10 years, and I will depart incredibly proud of the achievements we have made. I wish Chelsea every success and look forward to following the club’s future triumphs from afar.”