Fabregas Joins Chelsea After Telling Mourinho To ‘’Shut Up’’ 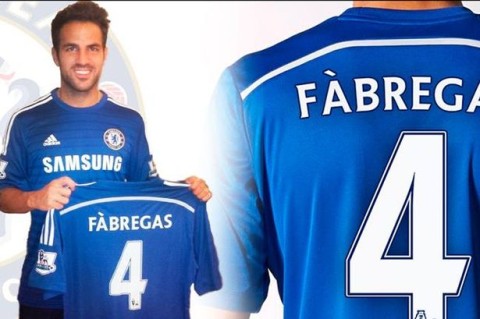 Cesc Fabregas has joined Chelsea in a £27million deal – four months after telling his new boss Jose Mourinho to “shut up”.

The former Arsenal captain had a war of words with Mourinho while at Barcelona.

Before Barca’s Champions League win over Manchester City, the Londoners’ boss Mourinho claimed Fabregas was part of the Catalans’ worst side for “many, many years”.

Fabregas hit back: “This team has done so much – won so much. Today was one of those days where everyone was saying, ‘this isn’t the same Barcelona’.

“Some people (Mourinho) were talking a bit too much as usual. They will have to shut up for a few days.”

But upon signing for the Stamford Bridge club, the Spain midfielder had changed his tune. He said: “Chelsea have an amazing squad of players and an incredible manager. I am fully committed to this team and can’t wait to start playing.”

Chelsea completed the signing of Fabregas after Arsenal decided not to take up their option to re-sign him.

The Gunners stand to make £5m from the Fabregas deal because of the incentive clauses written into his contract when he joined Barca in 2011.