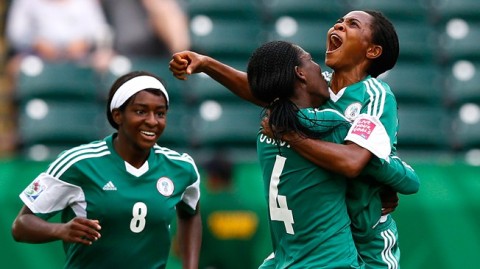 Nigeria edged England with a 2-1 comeback win to top Group C, leaving the Europeans to head for home.

The Falconets displayed their fortitude by coming from a goal down to secure this decisive win. 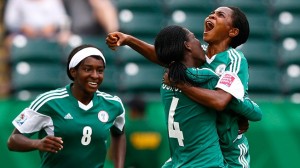 England opened in perfect fashion scoring in just the fifth minute as Hannah Blundell played a clever through ball for Nikita Parris, who took one touch and then clipped a shot past the advancing Nigeria goalkeeper Ibijoke Sangonuga from the edge of the box.

The African champions drew level in an even contest four minutes before the interval after Loveth Ayila beat her marker with a skilful drag-back and shot powerfully from 25 yards to beat goalkeeper Lizzie Durack, who  got a hand to it but was unable to prevent the ball hitting the back of the net.

The second half was a tale of two penalties, with England’s Bethany Mead firstly missing after Parris was adjudged to have been fouled by Sangonuga. Within minutes at the other end, Asisat Oshoala was brought down after dribbling into the penalty area and stepped up to coolly side-foot the resultant spot-kick into the bottom-right corner.

England were saved from going further behind only by the width of the crossbar as Nigeria finished strongly in a match that ended amid joyous scenes on the Falconets’ bench.