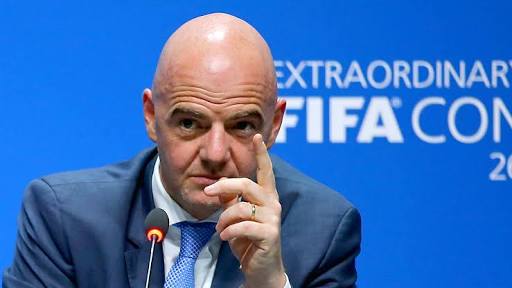 FIFA boss confirmed that the trip followed a meeting he had Sunday in Paris, France with the NFF President Amaju Pinnick.

Pinnick while confirming the historic visit, specified that Infatino and Samoura will arrive Nigeria, Sunday, July 24, 2016.

While in the country, the duo will pay a courtesy call to President Muhammadu Buhari in the Presidential Villa Abuja. They are billed to hold meeting with the legion of African FA Presidents also expected to join the NFF to receive the FIFA top officials after which there will be an evening session with Corporate Nigeria in Lagos.

Infantino and his Secretary are also expected to meet with the Lagos State Governor Akinwunmi Ambode after which they watch the finals of the NFF/ZENITH Bank Future Eagles Championship.

On Sunday, July 25, the visitors with Pinnick will meet with the Sports Minister, Bar. Solomon Dalung.

It would be recalled the former Italian-Swiss UEFA boss, was elected the FIFA President at an extraordinary general assembly of the world football body, in Zurich February 26, 2016, after his predecessor Sepp Blattter and members of his Executive Council were sacked by

Samoura, was later appointed the FIFA Secretary General at the 66th FIFA Congress in Mexico City on May, 2016. The Senegalese-born scribe is the first woman to hold such position in FIFA’s over 100 years of existence.