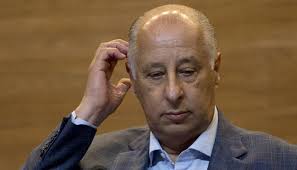 FIFA which made this known Friday though a statement indicated that its action followed confirmation of gross financial misconduct investigation which was carried out on him.

The probe, FIFA said confirmed that Del Nero had violated multiple articles of the body’s ethics code including those relating to bribery and corruption.

Following this, the body declared: ”Mr Del Nero is banned for life from all football-related activities (administrative, sports or any other) at both national and international level.”

In addition, a fine in the amount of CHF (swiss francs) 1 million (835,880 euros) was pronounced on the embattled head of Football body.