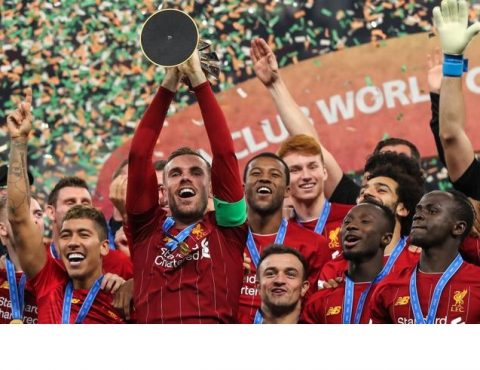 (AFRICAN EXAMINER) – Liverpool football club on Saturday lifted the 2019 FIFA club world cup on Saturday as they beat Flamengo 1-0 in the final match up in Doha, Qatar.

Roberto Firmino scored the only goal of the game in the 99th minute, as Jurgen Klopp’s reigning European champs beat the South American champions in a draining, tense final.

The Reds have never won the Club World Cup and they become just the second Premier League club, after Manchester United in 2008, to win the title.