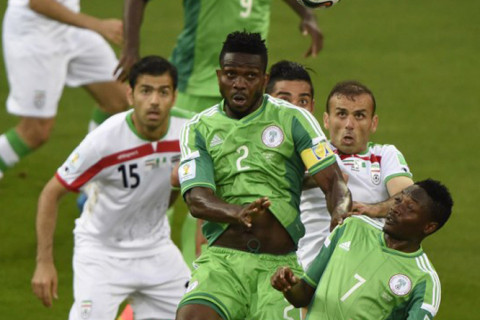 It was only a matter of time before the free-scoring 2014 FIFA World Cup™ produced its first goalless stalemate, and Iran and Nigeria provided it, playing out a boring 0-0 draw in Curitiba at the Arena da Baixada.

It was a game of very few clear-cut chances and the result sees both sides collect a point from their Group F opener, good enough for a share of second place. 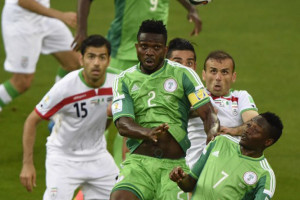 The Super Eagles took control early on but failed to turn possession and superior athleticism into goals. Emmanuel Emenike sent in a teasing low cross for Victor Moses, but the Chelsea striker – who has had precious few chances to shine on loan with Liverpool this term – failed to poke home a sliding effort.

Jon Obi Mikel held on too long on the ball, while trying to orchestrate things in the middle of the park for the African champions over the course of the first half.

Nigeria suffered a blow midway through the opening period. Godfrey Oboabona, one of the revelations of Nigeria’s 2013 CAF Africa Cup of Nations campaign, left the pitch on a stretcher after a heavy collision.

A goalless opening period gave way to more uninspired football at the start of the second half. Nigeria coach Stephen Keshi waited only eight minutes before trying to shake things up in attack, bringing on former Newcastle United striker Shola Ameobi for the Moses up front.

The new man had a chance with 20 minutes to go, but his headed effort from close range slipped frustratingly wide of Alireza Haghighi’s post. It proved to be the best chance of the game.

Peter Odemwingie entered the fray in the closing stages, adding an injection of pace, but it was a swap that failed to pay concrete dividends. The two teams seemed content to settle for a share of the spoils on offer.

Nigeria next meet Bosnia and Herzegovina on 21 June in Cuiaba while Iran take on rampaging Group F leaders Argentina in Belo Horizonte earlier that same day.