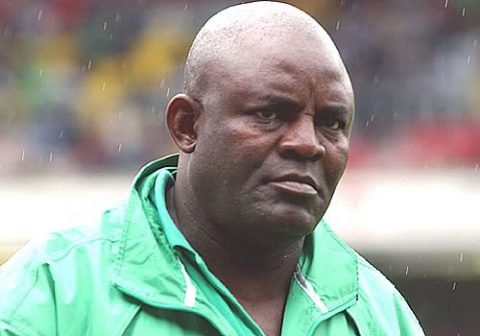 Ugwuanyi, who announced this Monday, said he took the decision after he held a fact-finding meeting with the Board, Management, players, supporters club and other stakeholders of the Club.

The sacked General manager, has been in Rangers for over seven years, despite complaint by stakeholders.

African Examiner sports gathered that after the meeting with the stakeholders, it was unanimously agreed that there was need for a change in the management of the club.

Shortly after the meeting, the governor announced the appointment of Chukwu, who was a former captain and coach of Rangers.

Before his appointment as the new Rangers boss, chairman as he is fondly called in football cycles, was the technical Director of the Enugu club side.

The appointment according to the governor, is with immediate effect.

It was learnt that Ugwuanyi’s decision may not be unconnected with the unimpressive performance of the club since the beginning of the ongoing 2016/2017 Nigeria professional football league, NPFL season which has been a source of concern for the state government, supporters of the club.

Reacting to the development, the new Rangers helmsman, thanked the governor for the appointment and his prompt intervention in the club.

He promised to put in his best to ensure that Rangers retains it current status in Nigeria football.

Chukwu also solicited for the cooperation and support of the board,  management,  players and all other stakeholders, so as to take the flying Antelope  to an enviable height.