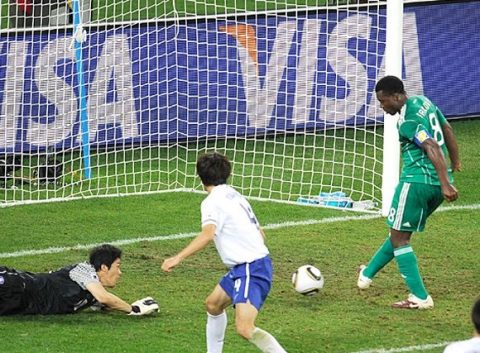 (AFRICAN EXAMINER) – Former Super Eagles striker, Yakubu Aiyegbeni, has revealed that he still gets messages for the goal he missed against the Korea Republic at the 2010 FIFA World Cup in South Africa.

The former Super Eagles striker stated that he is amazed people have refused to forget the incident and move on stressing that he’s felt bad for days about the missing the chance.

He said: “I felt bad when I missed it but people still talk about it.

“I have always done my best to help the country but it’s weird that people still send me messages till date even on social media about that miss.”

Recall that the former Everton, Middlesbrough, Leicester City, and Blackburn forward missed a great opportunity to score and help Nigeria qualify for the next round in the game against South Korea.