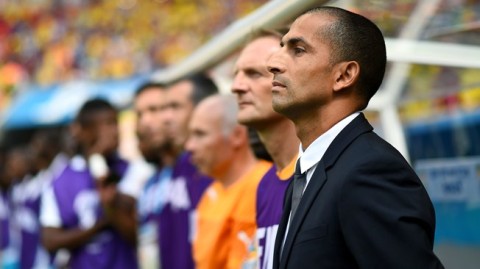 Cool, calm, calculated and never one to make hasty decisions, Côte d’Ivoire head coach Sabri Lamouchi’s style on the sidelines has a lot in common with what he was like as a player. A tireless worker, the 42-year-old former defensive midfielder – who was capped 18 times for France – was hugely influential everywhere he plied his trade, including notably at Auxerre, Inter Milan and Marseille. Known for always making the right choices on the pitch, he appears to have taken this priceless attribute into his career in the dugout.

“We are trying to find our own style,” Lamouchi told FIFA. “We’ve been working together and building this group for two years now. We’ve got to know each other and want to stamp our mark on the pitch.” 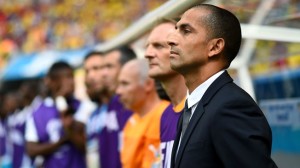 Speaking of which, there is no question that the squad has the coach’s fingerprints all over it: a blend of up-and-coming talents making their debut at the FIFA World Cup™ and seasoned veterans, it is a group forged in his image, with youth and wisdom rolled into one.

Lamouchi’s work has well and truly blown away any doubts that may have arisen when he was appointed as Francois Zahoui’s replacement back in May 2012.

Though this is his maiden coaching job, he is already on the verge of history: a win in their last group-stage fixture would ensure Les Eléphants qualify for the World Cup Round of 16 for the first time. His fledgling rein has been characterised by bold decisions, such as relegating Didier Drogba and Kolo Toure to the bench and handing a bigger role to youngsters such as Serge Aurier, who has taken Brazil 2014 by storm.

From the look of the west Africans’ form so far at this summer’s tournament, Lamouchi’s approach is paying dividends. After a superb 2-1 victory over Japan in their opener, their slick display against Colombia deserved better than a 2-1 defeat.

“I was happy with our performance [against the Cafeteros]. I think there can be great victories in defeat and vice versa. If we play like that, we shouldn’t lose too many matches,” said the Lyon-born tactician, who is of Tunisian descent. “And our opponents won’t all necessarily have the quality that Colombia do,” he added.