Jose Mourinho Furious At His Players Over Draw Against Wolves 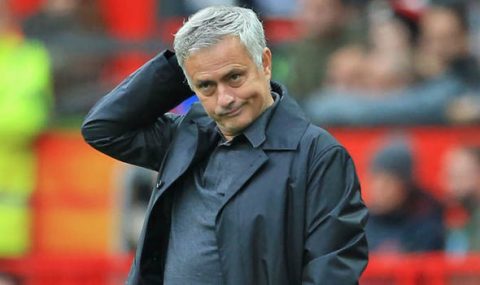 MANCHESTER, England — Jose Mourinho blasted the attitude of his Manchester United players after Saturday’s draw with Wolves and said he was more upset with the result than the heavy defeat to Tottenham.

United were held 1-1 by the Premier League new boys at Old Trafford to end a run of three straight wins and Mourinho said afterward his players were too “relaxed” while Wolves treated the game like a “World Cup final.”

“Not a good performance, not a good result,” Mourinho told a news conference.

“A fair result. Wolves, by the way, they faced the game, I think they deserve it. They play like I like to play which is like the World Cup final. That is the attitude I like my teams to have in every match. We didn’t have that. They did. That attitude made a difference.

“Come on, this is something you learn when you are a kid in the academy, you don’t need experiences at the highest level to learn that. It is a basic law of football, you have to play at the maximum of your potential.

“It is a bit of a contradiction but I’m more disappointed today than I was against Tottenham. Against Tottenham we lost the game but I liked very much my team’s performance. Of course, we had a better result and one point is better than zero. But I did not like my team.”

United had just one full day to prepare for the game after travelling back from Switzerland on Thursday.

Still, Mourinho was able to make four changes to the team that beat Young Boys 3-0 — bringing back Antonio Valencia, Marouane Fellaini, Jesse Lingard and Alexis Sanchez — and the Portuguese coach was in no mood to make excuses for his players.