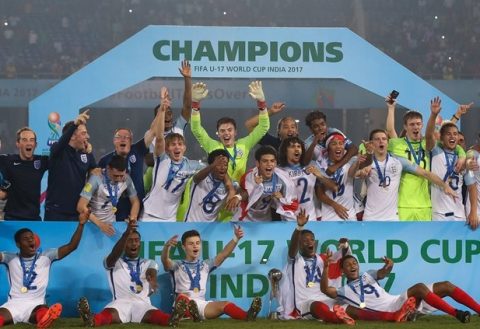 England Under-17s are world champions thanks to an inspired second-half performance in which they overturned a two-goal deficit with five unanswered goals.

A talented Spain team were 2-0 ahead just past the half-hour but England, a side packed with attacking talent, recovered to win 5-2 thanks in large part to Manchester City’s Phil Foden and Chelsea’s Callum Hudson-Odoi. Spain could not handle the duo.

Rhian Brewster pulled one back just before the break after Sergio Gómez had netted twice for Spain, and from then on there was no turning back for Steve Cooper’s side.

They came out after the interval and dominated the game: Morgan Gibbs-White drew England level before Foden took hold of the game, scoring either side of Marc Guehi’s fourth./The Guardian