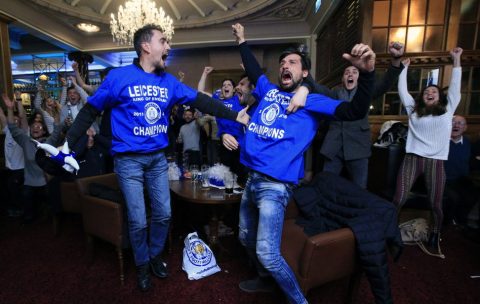 Leicester City have won the Premier League title in one of the greatest sporting stories of all time.

Tottenham’s 2-2 draw at Chelsea on Monday confirmed a stunning achievement for Claudio Ranieri’s side.

Leicester started the campaign as 5,000-1 outsiders for the title after almost being relegated last season.

But they have lost just three league games in what has been described as a “fairytale” and the “most unlikely triumph in the history of team sport”.

The Match of the Day presenter had suggested the Leicester players were on the “edge of sporting immortality” last month.

He told BBC Sport: “I can’t think of anything that surpasses it in sporting history. It is difficult to put over in words.

“I got emotional. It was hard to breathe. I was a season ticket holder from the age of seven. This is actually impossible.”