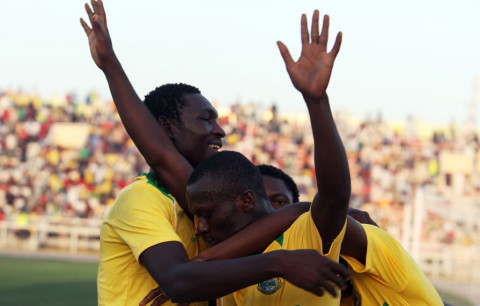 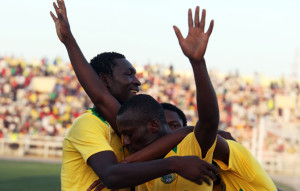 Kano Pillars Players celebrating one of their goals

Kano pillars, recorded a total of 63 points during the season to emerge overall winner, just as they smile home with a price money of ten million naira from the League management company of Nigeria.

The Kano club side, were closely followed by the winner of the 2013 federation cup and Aba based team, Enyimba FC, which garnered a total of 62 points.

Balyesa United FC of Yenegoa clinched the 3rd position with 61 points, followed by the Maiduguri club side, El-kanemi warriors, which recorded 60 points to occupy the 4th position.

With the result, the first four teams are expected to represent Nigeria next year in various continental soccer engagements.