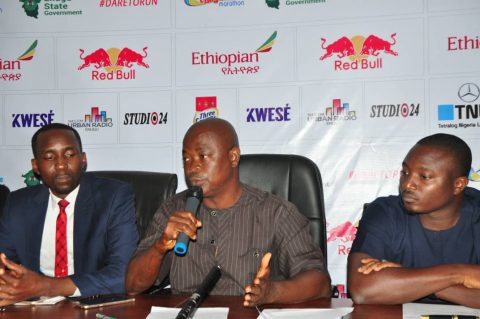 Winner of the 21 kilometers half marathon would smile home with a price money of $3,500 while, runners up (2nd position) will pocket the sum of $3,000 dollars.

Mr. Joseph Udedi, the state Commissioner for youth and sports, who disclosed this to Sports writers Monday in Enugu during a media briefing to formally announce the competition,  said so far, a total of 1,500 local and foreign Athletes have registered for the exercise as at Monday.

The Commissioner, said preparations for the event are in top gear, as a reputable organization, Zipp Sports has been engaged as the official sponsor and marketing brand for the event.

He said the state government plans to make the exercise an annual event such as the Okpepke race, in Edo state, South- South Nigeria.

Udedi, who was accompanied on the briefing by officials of Zipp Sports and Technical Director of Athletics Federation of Nigeria AFN, Mr. Sunday Adeleye, stated that aside boosting the economy of the state, the competition would equally afford the ministry of culture and tourism, the opportunity of showcasing the cultural heritage of the state.

According to him, the age bracket for participants is between 18-32, adding that the state government is committed to ensure a hitch free outing

Technical Director AFN, Mr. Adeleye, in a brief comment, had applauded the Enugu state government for accepting to  host  international  competition, urging the organizers to ensure that the home  Athletes are encouraged during the event.