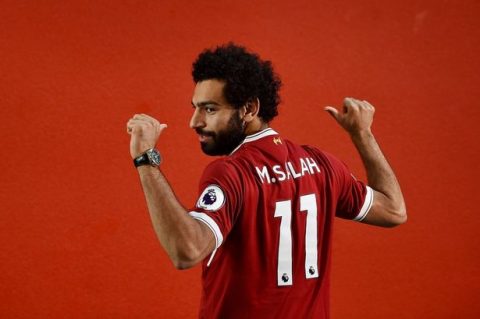 (AFRICAN EXAMINER) – Liverpool reached the Champions League semifinals after recovering from conceding a goal inside two minutes against Manchester City to win 2-1 thanks to second-half strikes by Mohamed Salah and Roberto Firmino on Tuesday.

Gabriel Jesus’ early goal raised belief inside Etihad Stadium that one of the most unlikely Champions League comebacks was on, with Liverpool having won the first leg 3-0 at Anfield last week.

City’s attacking lineup was always susceptible to the counter-attack, however. And off one of them, Salah collected a loose ball, rounded goalkeeper Ederson Moraes and deftly chipped in the equalizer in the 56th for his 39th goal of the season.

With City now needing four goals in barely half an hour to advance, Liverpool knew a spot in the last four for the first time in 10 years was there for the taking. Firmino made sure of it by curling in the team’s second goal in the 77th.

Liverpool, which won 5-1 on aggregate, is bidding for its sixth title in Europe’s top competition — and its first since 2005.

Surprisingly, Roma joined Liverpool in the semifinals by delivering one of the biggest upsets in the competition’s recent history, beating Barcelona 3-0 to advance on the away-goals rule at 4-4.

After goals by Edin Dzeko and Daniele De Rossi, centre back Kostas Manolas scored the decisive goal with a header from a corner in the 82nd minute at the Stadio Olimpico./AP