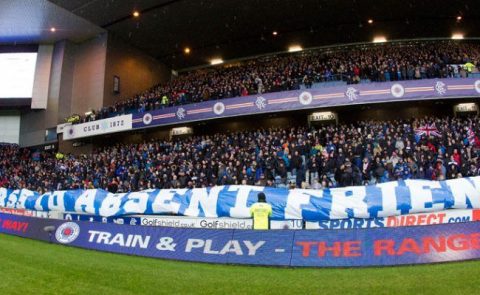 ENUGU, NIGERIA (AFRICAN EXAMINER) – Nigeria’s defending champion, Rangers International, FC of Enugu has incurred the wrath of the league management company, LMC,over supporters misconduct and breach of the rule of the game during the match Day 1 of the Nigeria Football Professional League (NPFL) 2016/17 season played last Sunday at the Nnamdi Azikiwe stadium Enugu.

Already, the club has been issued summary jurisdiction notice by the (LMC) for the various offences.

Aside Rangers, the company also hammered Lobi Stars of Markudi and Niger Tornadoes for various breaches.

However, the Enugu club side, got cited for more serious breaches which include Rules B13.52, B13.18 and C1.1 which attracted a cumulative fine of N2.750 million naira.

In the first charge for breach of Rule B13.52, the Flying Antelope were accused of not ensuring restriction of access to unauthorized persons to all restricted areas in the course of their fixture against Abia Warriors.

According to the LMC charge which was signed by its Chief operating officer, Salihu Abubakar, “In the course of your Match Day 1 fixture: Rangers International vs. Abia Warriors, you failed to ensure restriction of access by unauthorized persons from all restricted areas in the course of the match, when two (2) men gained access to the corridor of the Referees’ changing room in an attempt to intimidate and or harass the Referees; and they further gained access to the State Box to harass officials of the visiting team”

On the third count, Rangers was charged with breach of Rule C1.1, punishable by Rule B15.16 for their supporters’ conduct which was deemed capable of bringing the League to disrepute.

“This conducts included their attempt to assault match officials and hauling stones and other objects at the match officials while they were being escorted off the field of play by security personnel, in the process of which the Match Commissioner and a security operative were injured by missiles thrown”.

But for the quick intervention of police officers at the stadium, the match would have turned bloody.

However, the state Police Command had in the aftermath of the incident through its Spokesman, Ebere Amarizu warned supporters of Rangers to desist from taking laws into their hands during and after matches, no matter how aggrieved they may be.

Amaraizu said the Command wouldl not hesitate to deal with any body caught indulging in soccer hooliganism during league matches at the Nnamdi Azikiwe stadium.