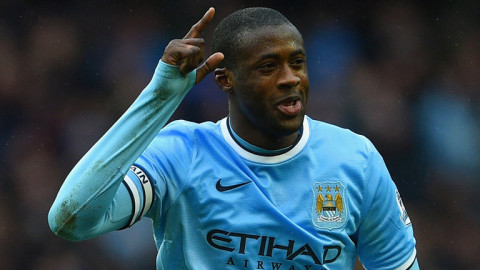 BALTIMORE, MD (AFRICAN EXAMINER) – Manchester City Manager Pep Guardiola has declared he will not pick Yaya Toure until he tenders apology over comments to a team-mates by his agent.

Toure’s agent, Dimitri Seluk, said the midfielder had been “humiliated” and Guardiola should apologize to him if City do not win the competition.

Consequently, Guardiola who was speaking soon after Toure announced his international retirement insisted that he must apologize and if he declined, he would not play.

“If he has a problem, he should speak to people at the club,” maintained Guardiola.

He added Toure, who returned to training on Monday after a migraine, had not had the “courage” to call him.

The Spaniard also demanded an apology from Seluk, indicating that it was a difficult decision to leave Toure out of his European squad.

Toure has won 113 international caps and was among the Ivory Coast team that won the Africa Cup of Nations in 2015.