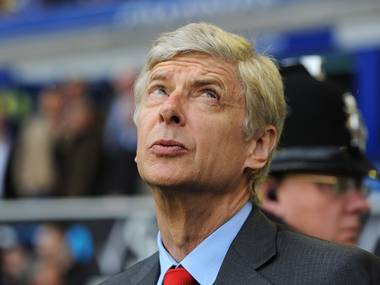 Arsenal manager Arsene Wenger has said it will take a “miracle” for Manchester City not to win the Premier League and has congratulated the champions-elect. 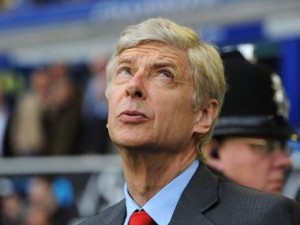 “It would need really a miracle now for them not to win it,” said Wenger.

City, who have scored 100 league goals this term, need only a point at home to West Ham on Sunday to secure the title.

Arsenal spent 128 days at the top of the table this season, while City will have been at the summit for only 15 days if they become champions on Sunday.

“Liverpool had an outstanding second part of the season and are maybe the most unlucky team of the season because they were nearly there as well.”

The Frenchman paid tribute to City’s free-scoring attack and said it is something the Gunners need to emulate next season.

“To be completely honest as well, a team like City scored 100 goals, so you have to say that their offensive potential has been absolutely brutal and fantastic,” he said.

“We have scored 66 at the moment and that’s certainly where we have room for improvement.”

Arsenal have secured their 18th consecutive top-four finish – and a place in next season’s Champions League qualifiers – ahead of their final match at all-but-relegated Norwich.

Wenger’s side, who have not won a trophy since lifting the FA Cup in 2005, face Hull City in the Cup final at Wembley on May 17.