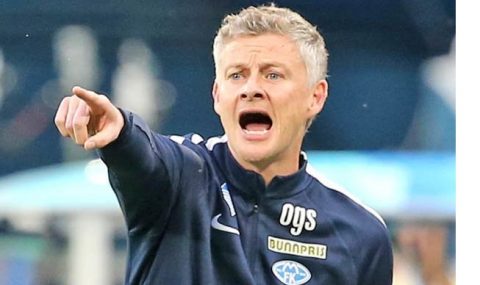 (AFRICAN EXAMINER) – Ole Gunnar Solskjaer has not convinced everyone he is the right man to lead Manchester United, but he is beginning to prove he can come up with a big result just when he needs it most.

One Premier League win in 2020? No league goal for more than a month? One top-flight clean sheet all season? Mauricio Pochettino stating publicly he wants to return to management in England? No problem. Seemingly against all the odds, United went to Chelsea and won 2-0 thanks to goals from Anthony Martial and Harry Maguire.

Having started the day ninth in the table, they travelled back to Manchester on Monday night just three points off the top four with 12 games to play. The race for a place in next season’s Champions League is on, regardless of whether or not they get any help from UEFA and the Court of Arbitration for Sport.

United insist privately they are committed to this rebuild under Solskjaer, but the only way he can be sure of keeping his job into a second full season is to guide United back to Europe’s top club competition. Back to within touching distance of Chelsea and still in the Europa League, he has given himself a chance.

If nothing else, victory will give Solskjaer some respite and the pressure, for a few days at least, is on Frank Lampard. Chelsea have won just one of their past six league games and face Jose Mourinho and Tottenham at Stamford Bridge on Saturday. Lampard, who lost N’Golo Kante to injury after 10 minutes, felt hard done by after both Kurt Zouma and Olivier Giroud had goals ruled out by VAR while goal scorer Maguire escaped a red card despite appearing to kick out at Michy Batshuayi.

“Harry Maguire should’ve got a red,” said Lampard. “Then he scores the second goal, and the game changes off that. That’s a major part of what VAR was brought in for. That one was wrong./ESPN