NCC Wants Revival Of Tennis Sports, Stake N5m For Winner Of Its Competition 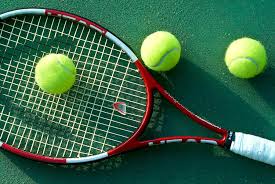 The Nigerian Communications Commission (NCC), has advocated  proper funding of Tennis sports in Nigeria, assuring that it will assist in reviving the game.

It is only when the game is given adequate attention like football and other sports that it will start flourishing and make waves in international tournaments, as well as yield laurels for the country.

The Commission stated this saturday  during a semi-finals Tennis cup competition which it sponsored, and taking place in Enugu, which Team Ogun and Team Civil Defence are slugging it out at the Enugu sports Club.

Speaking at the event NCC’s Executive Vice Chairman and Chief Executive Officer,  Prof. Umar Garba Danbatta said that the commission was committed to promoting tennis in the Nigeria.

Danbatta who was represented by  Mr. Tony Ojobo, NCC’s Director of Public Affairs, said: “People just know us as the telecomms regulator in Nigeria but of course, we also feel that there is need for us to give society, give back to Nigeria in some way.

“We discussed with the International Tennis Academy who had approached us and indicated that tennis was actually dying in Nigeria and that there is need to bring it back.

“I remember the days of Nduka Odizor who played at the international tennis scene. But since then we have not seen any Nigerian play tennis at that level internationally. As a commission we feel that it was necessary for us to partner with the academy with a view to seeing how we can revive tennis in Nigeria and we have been taking this to many regions and we also figured out that there will be need for us to come to South-east region as a way of reawakening tennis in the country.”

Also speaking at the championship, Enugu state Commissioner for Sports Mr. Charles  Ndukwe, said the state would continue to remain grateful to NCC for staging the semi-final in Enugu, adding that the state is poised to commence a talent hunt in primary schools around the state to boost participation in sports.‬

An elated Imeh told newsmen after the match: “I feel very good after winning a tough match like this. It is a very good thing. I feel great. He is a tough guy, he even plays  better than me, so I say congratulations to myself.

“I would say a big thank you to NCC for organising such competition. It is a good thing for we the Nigerian players because it gives us more opportunity to play better and more exposure to be able to compete with top players outside the country.

He, however, lamented that lack of competitions remained a major drawback to the growth of tennis in the country, saying that without competitions tennis players would not be able to develop and play better.