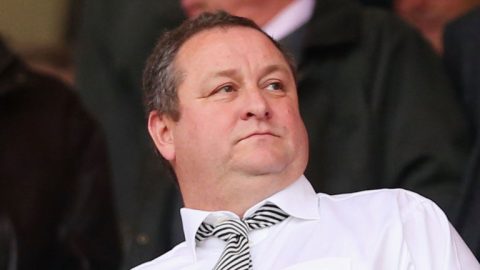 (AFRICAN EXAMINER) – Owner of the Premier League club, Newcastle United Mike Ashley has put it up for sale.

The club has been relegated twice from the English top flight during Ashley’s 10-year reign.

After winning promotion last season, Rafael Benitez’s side are ninth in the Premier League after eight matches.

According to a statement, “Newcastle United requires a clear direction and a path to a bright and successful future”.

“To give the club the best possible opportunity of securing the positioning and investment necessary to take it to the next level, at what is an important time in its history, its present ownership has determined that it is in the best interests of Newcastle United and its fans for the club to be put up for sale” Ashley said.

The 53-year-old owner has been a divisive figure at St James’ Park since taking over in 2007, with some supporters regularly protesting about the way the the club is being run.

Meanwhile, 44-year-old Financier Amanda Staveley, has been reported to be interested in buying the club.

It would be recalled that Ashley also put the club up for sale in September 2008 following a series of protests by supporters angered by Kevin Keegan’s departure as manager.

He then took the club off the market in December that year, but announced he wanted to sell again after relegation in May 2009 before ending his attempt to sell the club five months later.