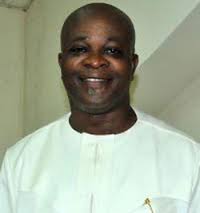 Chief Inyama made the reservation during a courtesy by the zonal working committee of Sports Writers Association Nigeria (SWAN) in Umuahia.

The Sports administrator tasked the Governors to emulate their Abia state counterpart, Chief Thoedore Orji, whom he affirmed, had continued to accord all important sectors including sports the attention they deserve.  According to him, “it is on record that Abia is the only state in Nigeria that owns and runs four credible football clubs” and this was mainly on account of the Governor’s passion for sports.

Inyama, who is also a sports writer, added that sport was thriving in the state, because the Governor has provided enabling environment for it. He equally stressed the need for the zonal SWAN to begin to rise up to its responsibility, by mapping out programmers capable of re-awakening the consciousness of all major stakeholders in the sports sector, insisting that no nation or region in the globe could do without sports. He promised to collaborate with the association in ensuring that sports generally take its rightful place in the zone.

The zonal SWAN Vice president, Mr. Cajentan Nkwopara, earlier in his remarks, had extolled the leadership qualities of the Abia Warriors helmsman, saying he should keep the flag flying. Nkwopara, noted that the club Chairman had proved himself and remained good Ambassador of SWAN in all the positions of authorities he had found himself within sports arena. The association, Nkwopara indicated was proud of Inyama, as well as held him in a very high esteem.